After availing all areas not burned, we are sorry but it is not possible  to have trainings camps for now. 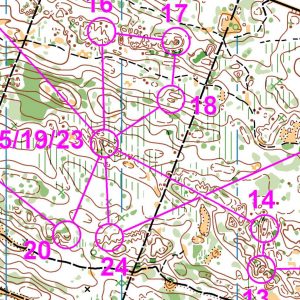 Reaching the 13th year of existence, COC Training Camps will again offer an excellent opportunity to have orienteering training during the winter. This has been an advantage already used by some of the best orienteers all over the world.

Over 3.000 athletes have witnessed the technical quality of our training camps which offers accommodation close to the training areas, technical quality of the challenging sand dune terrain, excellence in attending and great organization professionalism, confirmed by the satisfaction feeling of the athletes that visited us.

Altogether the maps of the training camps cover 150 km2 and more than 800 control points, representing the strong commitment of COC to offer every year new maps and new courses.

All the trainings were carefully planned taking advantage of our most challenging areas thinking in you. The courses are prepared with permanent controls. Every year we have news for you, new maps, new courses, and 2018 will not be an exception.

We invite you to come for winter training on our terrains and confirm for yourselves the technical quality of the maps, with the possibility of taking advantage of the three consecutive WRE events in 3-4 of February,  10-13 of February and 17-18 of February 2018 held in Portugal.

The Training Camps will be available from 6 January to 30 April, 2018.